Rashid:… I actually want to understand if according to you the personality of a poet and a philosopher is complementary or has potential to merge with each other? For example, a poet shamelessly write about his personal experience but philosopher does not. Philosopher is much more careful about his action and try to control himself while poets are carefree.

A philosopher can be defined in number of ways and so is the poet. The problem occurs that who is there to define. Usually the emergence of knowledge as discipline plays a critical role in defining or subjectivising the objects.

Having said that it is clear that there is an entity called philosophers and there is someone known as poet. Both dwell deep into thought. Both are thinkers. Both reflect. Both go through violent and incessant pain.

The difference emanates in observation and expression. Poet throws himself into situation and philosopher pulls himself out. ‘Miraji’ cannot live without ‘Miraji’ to produce poetry or thought, his love is a pure indulgence and an only source of production or poetic existence while for Plato this is nothing but ‘a serious mental disease’

This play of getting in and getting out is what defines a philosopher or a poet.

A poet experiences and tries to live it, he/she expresses this experience in a lyrical form and as a personal experience while a philosopher sees it as a problem (not mere experience) and he/she considers his/her existence in the experience as mere accident (as Derrida would argue) therefore a philosopher avoids autobiography (historically) and Derrida says that this politeness and impoliteness is philosophy. This may be one of the reasons why philosopher doesn’t commit suicide and poets do.

For a poet entire universe starts to converge in his being while for a philosopher everything starts to diverge and scatter from his being.

A poet is ‘always there’ while a philosopher is ‘never there’.

A philosopher always tries to make even his experience/observation a universal question. He tries to expand it, he tries to broaden the horizon of every single problem, experience and observation. The poet don’t try it, never articulate it – jo dil pe guzarti hai raqam karte rahenge(continue to write from whatever our heart has gone thorough). A poet tries to individualize the pain instead of universalizing it.  Therefore one finds his solace in a poet not in a philosopher.

Controlling one action is also linked to the above-mentioned point. I don’t completely agree with your statement because there were philosophers who lived carelessly, said what they wanted to say, and lived the way they wanted to live, indulged in things in which they wanted to indulge. Foucault is the best example. A poet appears to be more carefree because he doesn’t fear the value judgment; he is not giving lessons in ethics or morality. He can write shikwa (Complaint) and jawab e shikwa (answer of complaint) . 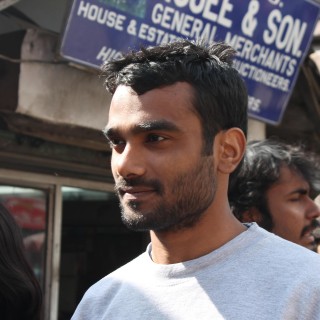